A FILM BY CARLOS BAENA

Darkness Isn’t Always What It Seems

When filmmaker / animator Carlos Baena contacted me to do the title card for his upcoming animated short film La Noria, I knew he had something special and gladly accepted the challenge.

By means of screen shares and conference calls a few weeks before the release of the trailer, Carlos brought me into the world of La Noria. A personal story inspired by a very dark moment in his life about a boy who encounters strange creatures that turn his life upside down. Throughout his journey, he finds the broken fragments of his life coming together in unexpected ways.

Carlos had been an animator at Pixar for about a decade, contributing to movies such as Toy Story 3, WALL-E and Ratatouille. He wanted to explore horror in animation (something not quite in Pixar’s wheelhouse) so decided to put together a team of volunteering artists to collaborate on making the film.

A collective effort from artists across the globe, La Noria has been a labour of love approximately four years in the making, steadily moving along by means of donated artist time and resources. The concept material and test renders looked beautiful and it was now time to get the trailer out and attempt crowd funding via indiegogo for the remainder of production.

I was instantly inspired by the visual language of the story and at the same time, humbled by the passion that had gone into creating the film. During our brief collaboration on the title, I asked Carlos a few questions about what he has encountered through making such an ambitious project. Answers are below along with the process of developing the title.

What was the catalyst for you to leave Pixar, and what inspired you to make your own movie?

I had such a wonderful experience at Pixar and I really miss the place, it was easily the best experience of my career to date. I decided to leave to continue learning on other areas, make many mistakes and push myself while doing La Noria and working on other projects. With La Noria, I wanted to pursue a different more darker style of animation – something I’ve been wanting to do since I was in college.

What were your main inspirations for La Noria?

I wanted to explore horror in animation. The main inspiration for La Noria is the work of great spanish filmmakers such as Alejandro Almenabar, Victor Erice, Guillermo del Toro and J.Bayona. Being from Spain and growing up with some of them, they inspired me a great deal. Other filmmakers I looked at for inspiration were Tomas Alfredson, Kim Jee-Woon, Harryhausen, Kubrick and Polanski. Art wise, I studied the work of artists Clive Barker, Zdzislaw Beksinski, Nirasawa Yasushi, H.R.Giger and Francisco de Goya to name a few.

With no funding for such an ambitious project, what are some of the main challenges you have been facing along the way?

The main challenges on a production like this one always originate from the fact that people help you on their free time. That means that you can’t have deadlines. When you plan for something to happen within a week, most likely it’ll take a month. That has happened pretty much in every department. You can’t apply deadlines when the people donating their time and helping you on their available time have jobs, families and a life. So you have to always figure out solutions to that and find work arounds most of the time.

Along with yourself, who are the key collaborators providing support on this project?

My Producer Sasha Korellis has been by my side on this film since the day I pitched her the story. Couldn’t have gotten this far without her experience, help and support. We’ve been very lucky as we’ve had key talented and experienced artists working on this little film from pre-production to where we currently are at. They helped me create the world, characters and tone of this film. Music/Sound wise we’ve been able to get the help/support of swedish composer Johan Soderqvist and spanish sound designer Oriol Tarrago. 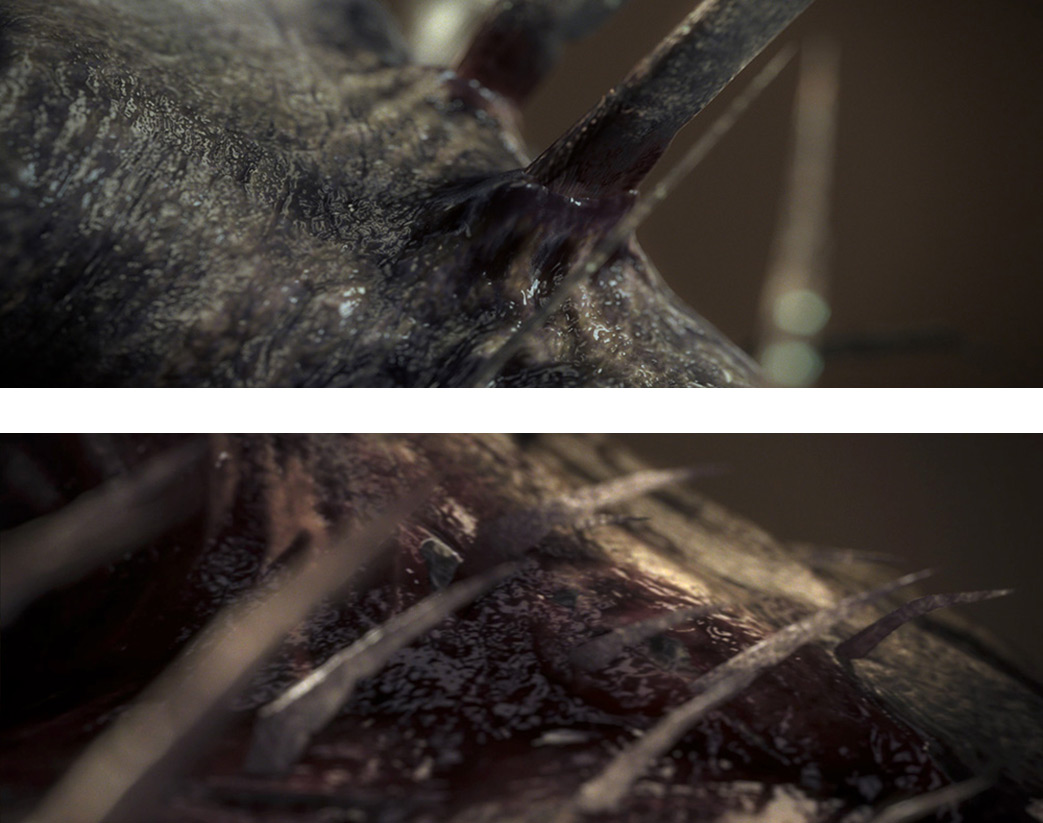 What else do you have cooking after La Noria?

I have a couple of film ideas that I’ve been working on with a writer and good friend of mine.

Early inspirational material Carlos had sent us included rounded typefaces that referenced handwriting and some previous work that I had done for the Sherlock Holmes titles. Due to the desired intricate variations of the letterforms, we made the decision early on that a hand written approach for the title card was going to be a better solution than finding an appropriate font. 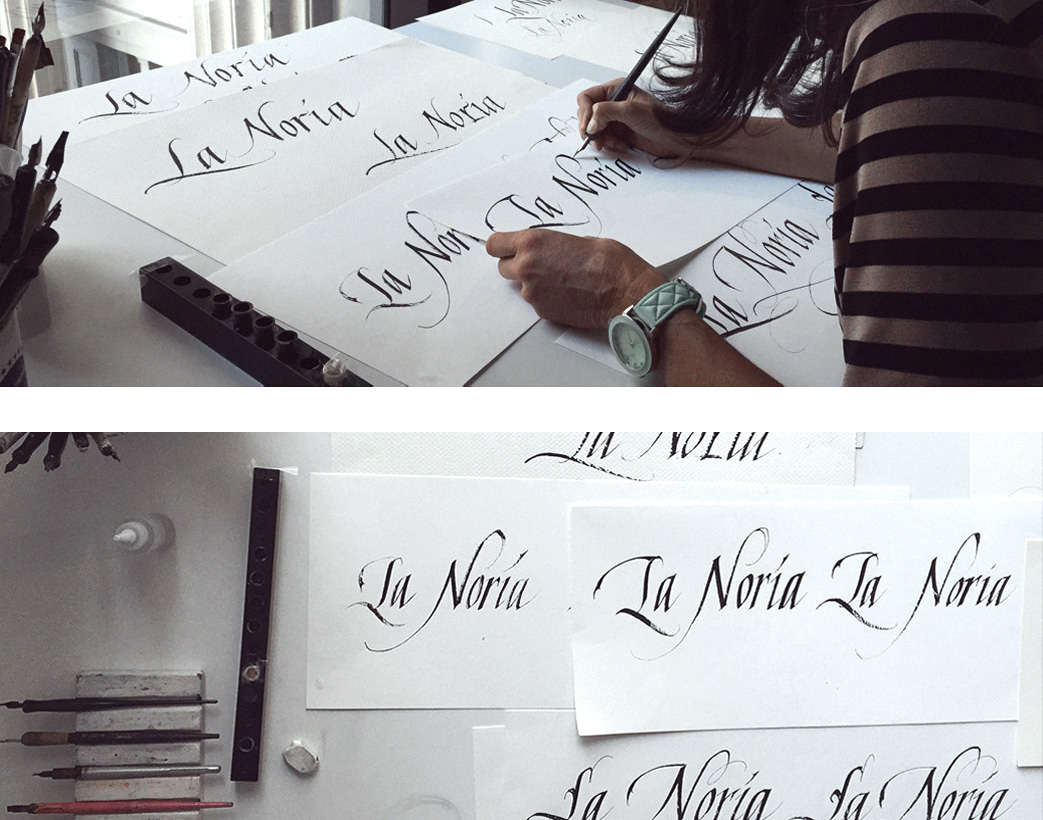 We collaborated with calligrapher Bonnie Ebbs to do a thorough exploration of handwritten treatments for the title, focusing on creating options ranging from simple to more complex (adding extra swirls and flourishes). We had worked together on the titles for Sherlock in a similar way but for La Noria we ended up creating individual letters and testing what set of letters worked best together form the group.

The original approach felt too much like calligraphy and less like “nice handwriting with character”. It was too structured and purposeful so we dedicated more time to exploring details that have a more casual penmanship.

The final title card was a combination of the three most successful options which were then lit and comped in After Effects by Takayuki Sato.

The La Noria Indiegogo crowdfund has been 125% funded and the video below is an in depth explanation of the process that is currently going into the production and features the newly released trailer. The crowdfund is currently In Demand status so people can still get all the perks!